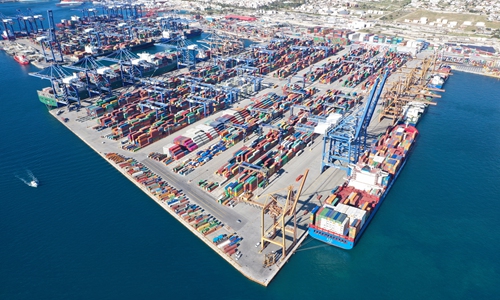 Greece was the first country in the European Union (EU) to sign an agreement with China for the development of the Belt and Road Initiative (BRI), despite objections from EU leadership.

Greece was also the first country to support China in early 2020 when the COVID-19 outbreak began – at a time when other countries were turning against China, claiming it was responsible.

As soon as China overcame the first effects of the pandemic, it reciprocated Greek support and sent significant medical supplies to help the country. This was recognized by all media and the Greek people.

Greece was the first European country to organize an investment forum, which took place in early June, with the support of the Greek government and China’s Development and Reform Commission. More than 400 Chinese investors interested in investing overseas participated. The forum was organized to show that Greece has started again from where it left off before the pandemic.

Greece is a European country that is particularly sympathetic to Chinese investment, despite pressure from various parties such as the EU and the US.

Greece is China’s greatest partner in Europe, which was made clear by the Minister for Development and Investment of Greece Adonis Georgiadis at the forum, speaking directly to Chinese investors.

The above is evidence of a bright future in political and trade relations between the two countries.

The two nations with ties reaching back to ancient times are now called upon to work together to promote the spirit of the BRI.

Greece is at a strategic geographical point, and this is an advantage for China which has already invested in the port of Piraeus. The European part of the China-Europe Continental Express (CECE) line starts in Greece. Greece supports the further development of the CECE railway line and is cooperating with China to contribute positively to other European countries in this regard. It is no coincidence that Greece has been identified as China’s most reliable partner in Europe.

Trade opportunities for Chinese people in Greece are important in the fields of energy, transport, information technology, communications technology, manufacturing, and research and development – the five major areas of cooperation between the two countries. There are also significant prospects for cooperation in the field of tourism, as more than 35 million tourists visit Greece annually to relax and enjoy 20 centuries of history in an exquisite environment.

There are also great prospects in the field of logistics, as Greece is the only country in the world located at the crossroads of three continents – Africa, Asia, and Europe. When a Chinese company invests in Greece, it immediately acquires access to a market with a population of more than 350 million in southeastern Europe.

Four Chinese banks already directly and indirectly operate in Greece. That makes it much easier for Chinese companies to finance their development plans in the country.

In recent months, we have been cooperating with Chinese companies that want to make Greece the center of their European activities. They recognize that Greece is very friendly to the Chinese and are planning investments in other parts of Europe.

One of the largest potential projects is the transformation of Greece into China’s “air hub” for southeastern Europe. The Belt and Road Associates is a consultant on the project and is working to motivate the Greek and Chinese sides to launch four new weekly direct flights from Chinese cities to Athens International Airport. China would thus gain daily access to 350 million citizens in southeastern Europe.

Greek exporters are gradually beginning to understand the value of China, not only as an importing country but also as a hub for the export of Greek products to Southeast Asia.

The future is bright for relations between the two countries, and we will all help achieve our goals.