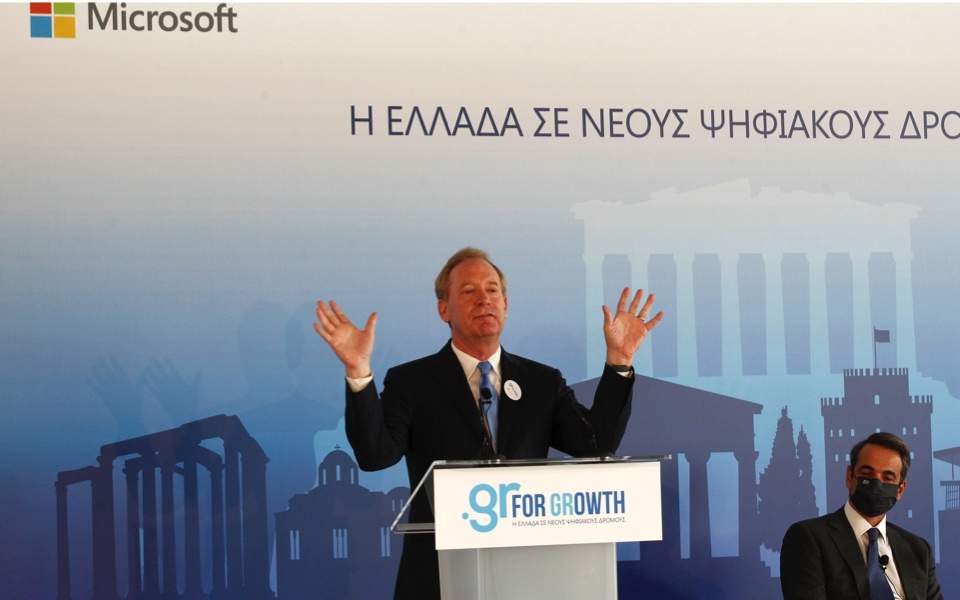 Microsoft has announced plans to build three data centers in greater Athens, providing a badly needed investment of up to $1 billion to the Greek economy which has been hammered by the pandemic.

The news was announced Monday by the US tech giant and Greek Prime Minister Mitsotakis and follows nine months of negotiations for an agreement that also includes digital-skills training programs for some 100,000 government and private sector workers as well as educators and students.

“This significant investment is a reflection of our confidence in the Greek economy, in the Greek people and the Greek government,” Microsoft President Brad Smith said at a ceremony held in the Acropolis Museum, facing the ancient site in central Athens. “It’s not something we do often and it’s not something that we do lightly.”

“We could not have taken this step today without the help and support of the Greek government,” he said.

Greece recently emerged from a years-long financial crisis but its economy has been hard hit by the pandemic, suffering a 15.2% drop in output on the year in the second quarter. Unemployment in June climbed to 18.3% from 16.4% at the start of the year.

The Covid-19 pandemic has exposed the country’s heavy reliance on tourism. The Mitsotakis government says it wants to shift the balance of the Greek economy during its recovery, developing the energy, tech, and defense sectors, hoping to lure back tens of thousands of graduates who left during the crisis.

He said the investment would upgrade Greece as an investment destination, but also have a spillover effect on the economy benefiting small and medium-sized companies.

Microsoft currently has data centers in 26 countries, including seven in the European Union. The company based in Redmond, Washington, is already working with the Greek government on an augmented reality project on Ancient Olympia, birthplace of the Olympic games

2nd China-Greece Dialogue on Exchange and Mutual Learning of Civilizations

Round table “Chinese and Greek Perspectives on Democracy: Past and Present, Theories and Practices”