The best places to see in Cangzhou

Cangzhou Confucian Temple is located at No. 9, Xiaoshi Street, Canal District, Cangzhou City. It was built in the early Ming Dynasty. There are three existing buildings and east-west corridors. It is the only ancient building with beam-frame and bucket-arch structure in Cangzhou. It is a key cultural relic protection unit in Cangzhou. 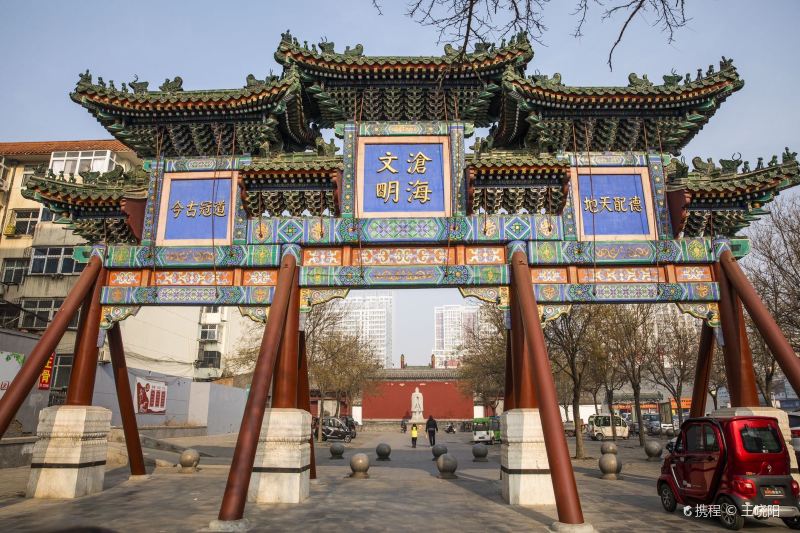 Lion City Park is located on Yingbin South Avenue in Cangzhou City. The park is about 600 meters long from north to south and 300 meters long from east to west. It covers an area of 251 mu and has a total investment of 130 million yuan. 72 plant species are planned to be planted in the landscape area, night scene lighting, etc., including precious trees and shrubs such as ginkgo, spruce and white bark pine. 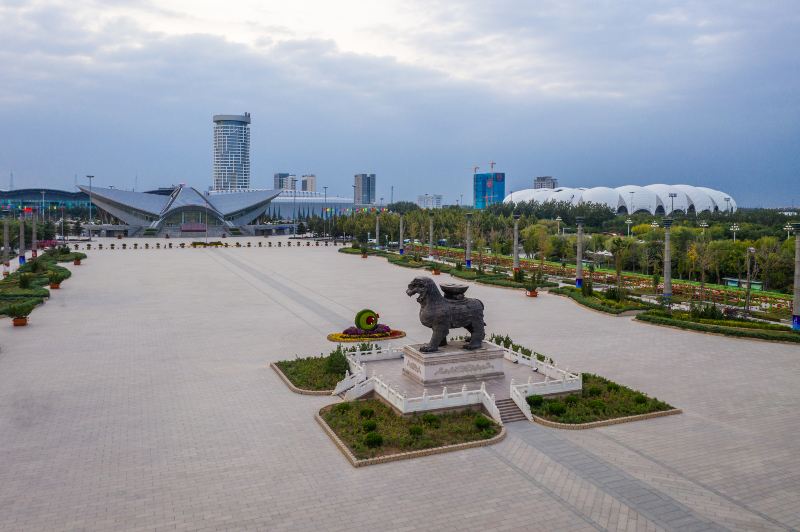 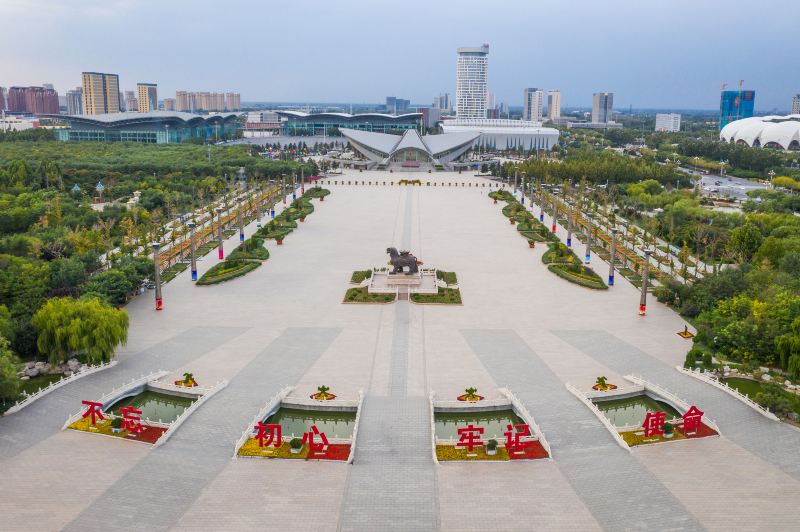 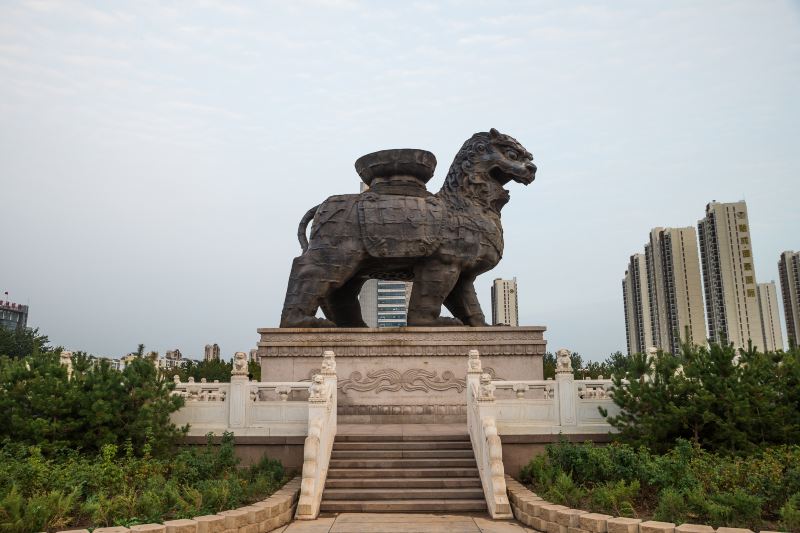 It is located in Jiuzhou Town, Cang County, 20 kilometers east of Cangzhou City. The area of the city is about 4.3 million square meters, the width of the old city wall is about 40 meters, and the measured perimeter is 7787 meters. It was built in the fifth year of Emperor Gaozu of the Western Han Dynasty (202 BC), that is, the county seat of Fuyang. The old city wall is now incomplete, except for five sections on the west and south sides. In the old city, there are iron lions, iron money warehouses (the unearthed coins and texts are all Chongning, Daguan, Zhenghe, Xuanhe Tongbao, etc.), iron furnaces and Kaiyuan Temple and other ancient architectural sites, underground and rich in cultural relics. Jiuzhou City was once named Lion City and Wo Niu City. It has been listed as a provincial key cultural relics protection unit. 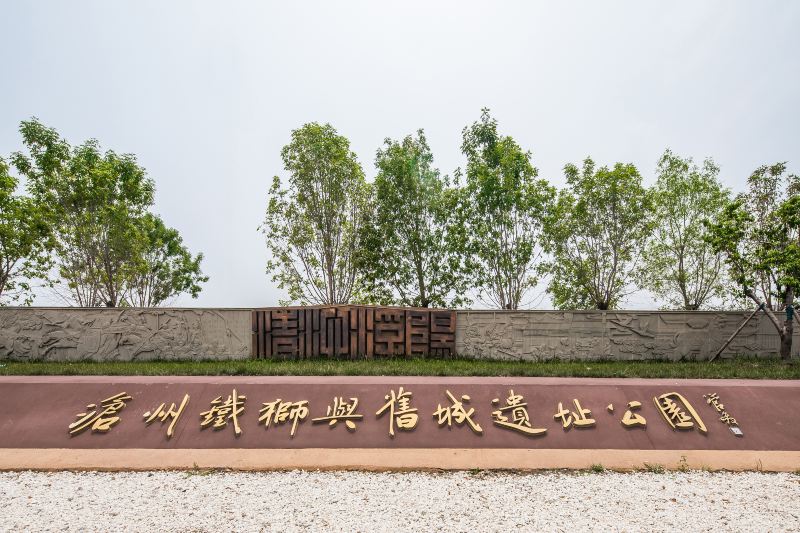 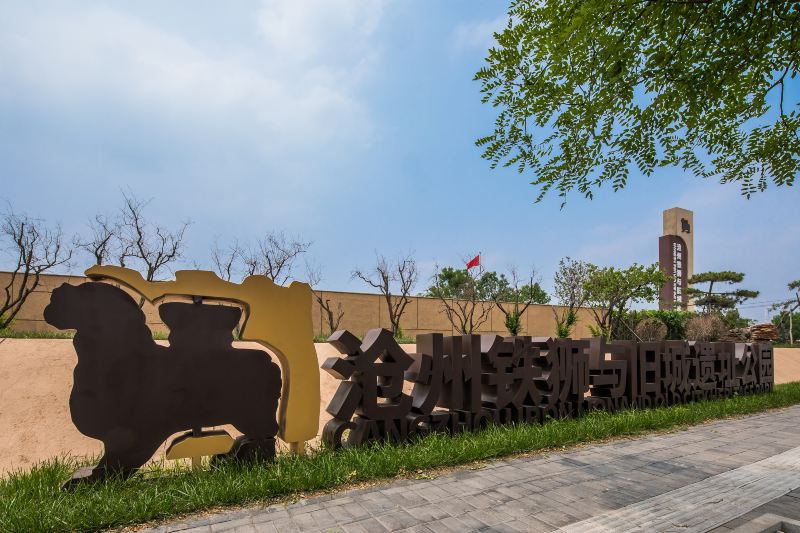 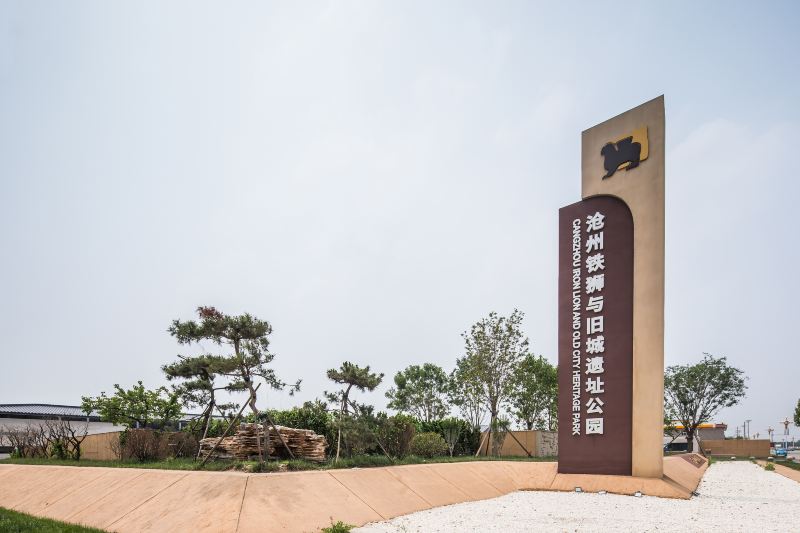 Cangzhou folk song: “One literary and one martial arts, one national treasure, one ancestor.” The writer is Ji Xiaolan, a generation of Wenzong, and the martial artist is Cangzhou, a well-known hometown of martial arts at home and abroad. The national treasure refers to the iron lion of Cangzhou. Today, Cangzhou belongs to Qingxian County. There is a village called “Big Pangu” 6 kilometers south of Qingxian County, and there is a Pangu Temple in the west of the village. Dapangu is located on the west bank of Heilonggang River (the old route of the ancient Yellow River), and there is Xiaopangu Village in the south, which is named after the legend that Pangu settled here. The Pangu Temple was built in the fifteenth year from the Yuan Dynasty to the Yuan Dynasty. It was rebuilt in the Ming Dynasty. In the 27th year of the Qing Emperor Kangxi, it was rebuilt in the southwest of the Qiu Temple due to river erosion. According to records, the Pangu Temple at that time resembled the three halls of the Forbidden City in Beijing. The front hall is three feet and six feet high, symbolizing 360 days in a year; 18 steps are climbed, which is the theory of 18 levels of hell; 108 flying eaves rafters are clothed according to 36 heavens and 72 grounds; each rafter is tied with a copper bell, according to the workmanship , Shang, Jiao, Zheng and Yu are placed with five tones, and there is a saying that “the wind rattles the sky and moves the music, and the top of the hall shines brightly”. In the hall, there is an iron cast and gold-coated Pangu statue covered in leaves and holding the sun and the moon in his hands. In the nave, there is a statue of Guanyin of the South China Sea, sitting on a lotus basin, on both sides of the golden boy and the jade girl. There are three statues of Laojun, Confucius and Dragon King in the rear hall. There are two thick acacia trees in front of the hall, and an iron chime hangs on the ancient locust in the rear of the hall. 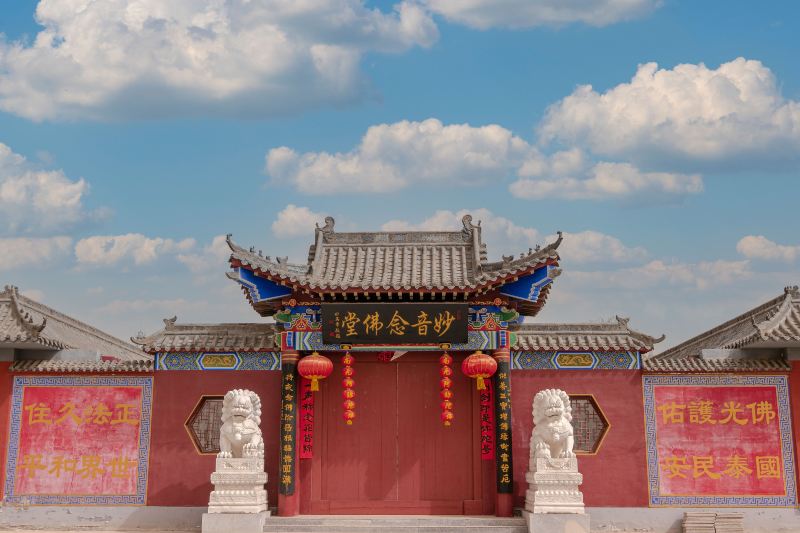 Cangzhou New Zoo is located in the southeast of the main urban area of Cangzhou City, adjacent to National Highway 104 in the east and Haifeng Avenue in the west. It covers an area of about 700 mu and has a total investment of about 590 million yuan. It focuses on animal protection and popular science education, and integrates viewing and leisure. Strive to create a space where people and nature blend. On the basis of the original topography of the park, with the water system as the link of the overall layout, it is divided into a zoo part of about 500 mu and an amusement park part of about 200 mu. This area is located in the south of the park, and there will be more than 700 rare animals of more than 100 species on display. In order to provide these new friends with a happy home, we have built more than 20 animal venues. The large-scale playground built in the north of the zoo has more than 20 items of amusement facilities and equipment. Among them, the height of the sightseeing bus is 88 meters, which is the third highest in North China. The scale is huge. The amusement park area as a whole creates a happy atmosphere with various rich elements and colors. Let the tourists experience the special liveliness and joy, and bring colorful holiday enjoyment. 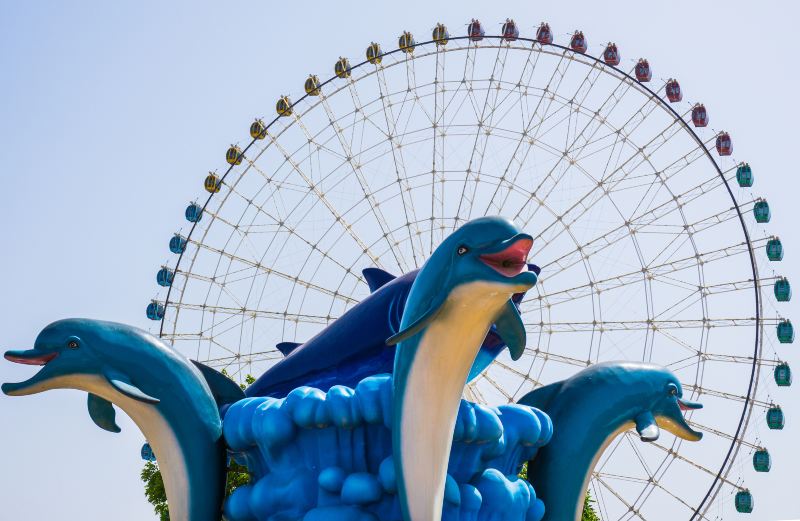 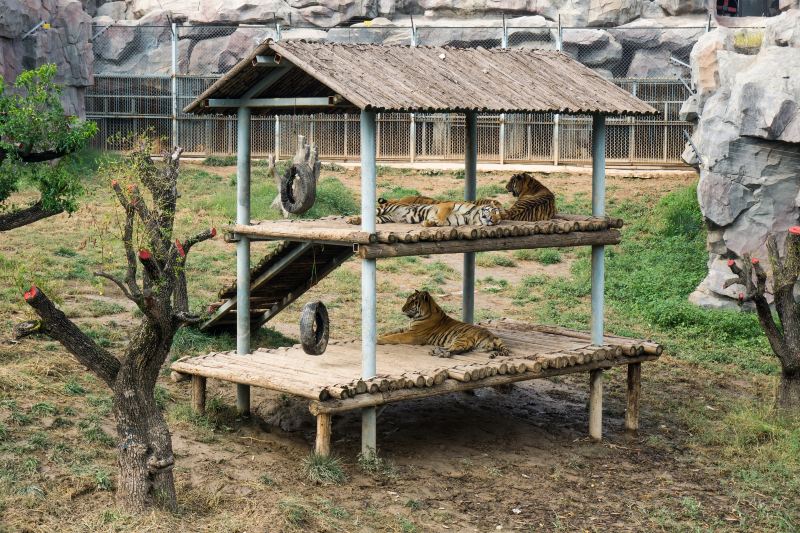 The Ancient Government Office of Hejian was established in the second year of the Daguan period of the Northern Song Dynasty. According to records, the old government office of Hejian faced south. When you visit here, the first thing that comes to the fore is the big screen wall. Continue to go inside, and you will reach the side door, the place where officials worked. If you go towards the north, you will see the lobby, the place where the official government handled the cases. The back of the lobby is the hallway, the place to hear confidential cases. It has fully preserved the historical features of the Ancient Government Office of Hejian and contains a large amount of precious inscriptions and historical materials. It is also a must-see place for understanding the history and culture of Hejian. Nandagang Wetland is nestled near Huanghua City in Cangzhou City. The original ecological state of this area is well preserved. There are plants, insects, birds and other government-protected animals, including red-crowned cranes and oriental white pelicans. Hiking to the birdwatching pavilion, you can get the whole picture of the wetland. The Luhai Maze also has beautiful scenery, and you can take a boat to see the reeds or stroll on the boardwalk. Apart from that, there is a deep folk culture. The Dawa Folk Museum collects a variety of folk items, including farming and textile tools. 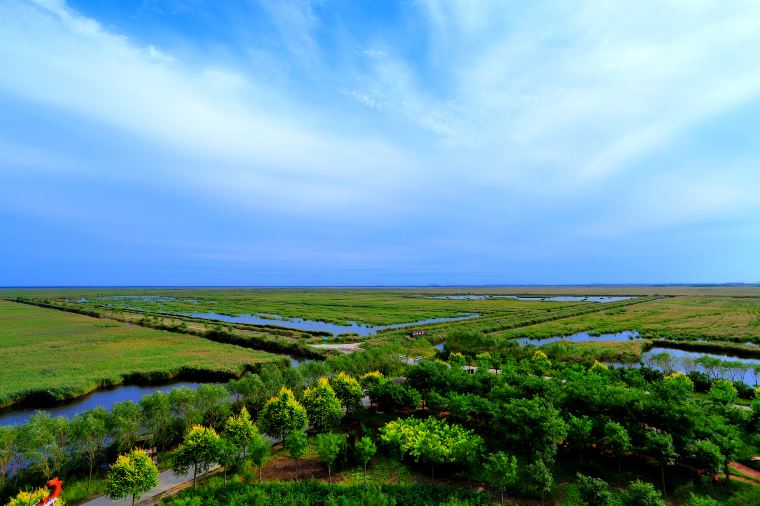 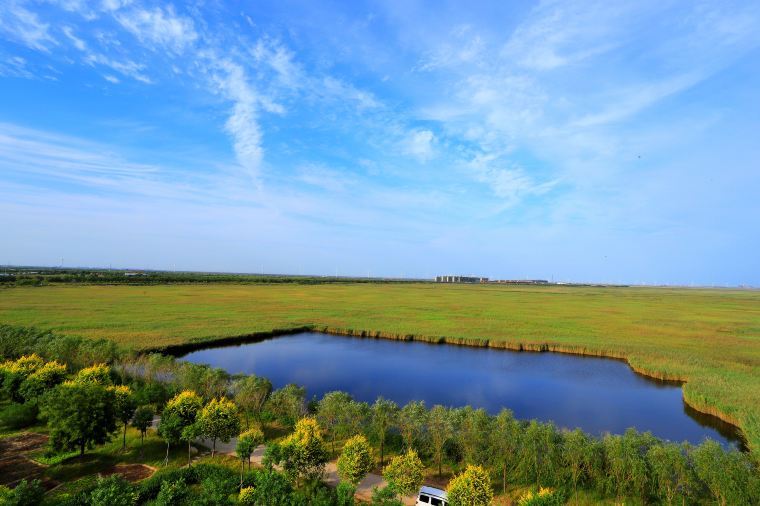 To promote Ji Xiaolan culture, Ji Xiaolan Cultural Park displays Ji Xiaolan’s life and writings through architecture, paintings, calligraphy and re-creation of real objects. This cultural park has Three Halls, the Courtyard, the Coin Eye Crossing and other attractions built based on Ji Xiaolan’s works, interests, hobbies and legends. It integrates sightseeing with leisure entertainment and combines architectural art with history and culture to create a unique cultural landscape. 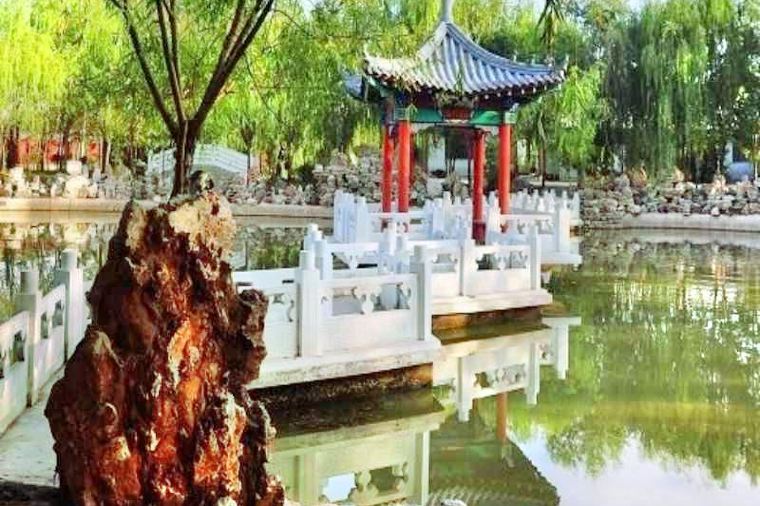