Cangzhou is located in the southeast of Hebei Province. It faces the Bohai Sea in the east, abuts against Beijing and Tianjin in the north, adjoins Xiong’an New Area in the west, and borders Shandong Province in the south. Cangzhou covers a land area of 14,000 square kilometers and maritime space of 955.6 square kilometers with a coastline of nearly 100 kilometers. With a total population is 7.3 million, the urban population amounts to 800,000. As one of the open coastal cities designated by the State Council, Cangzhou is an important node in Beijing-Tianjin-Hebei world-class city cluster, the Belt and Road Initiative and Beijing-Shanghai traffic artery. Moreover, Cangzhou has been appraised as National Garden City, National Water-saving City, National Public Cultural Service System Demonstration Area, National Quality Charming City, National Double Support Model City, and Civilized City of Hebei Province.

Cangzhou is 200km from Beijing, 100km from Tianjin, and 220km from Shijiazhuang and Ji’nan. What’s more, Cangzhou covers Renqiu Baiyangdian Area which is under jurisdiction of Xiong’an New Area. Cangzhou is an important part of Beijing-Tianjin-Hebei Metropolitan Circle and Bohai Economic Rim. 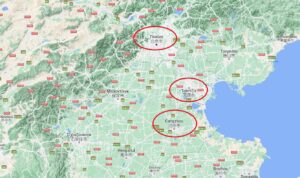 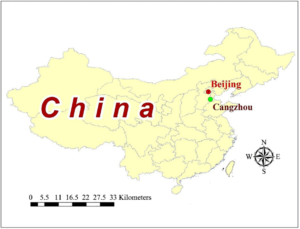 First set up in 517 during the 2nd year of Xiping Era of Emperor Xiaoming in Northern Wei Dynasty, Cangzhou is an ancient cultural city with a history of over 1,500 years. The Beijing-Hangzhou Grand Canal flows through the territory of Cangzhou from the north to the south for about 215 kilometers, which ranks the first in terms of length among all prefecture-level cities along the Grand Canal. The long history gave birth to such distinctive cultures as canal culture, martial arts culture, acrobatic culture, poetry culture, traditional Chinese medicine culture, etc. Cangzhou is known as the Hometown of Martial Arts, Hometown of Acrobatics, Hometown of Golden-Silk Jujube, Hometown of Ya Pear, and Hometown of Casting. There were a group of scholars and celebrities, such as Bian Que ( the pioneer of traditional Chinese medicine), Gao Shi (a frontier poet), Ma Zhiyuan (a famous playwright in Yuan Dynasty), Ji Xiaolan (chief compiler of Complete Library in the Four Branches of Literature in Qing Dynasty), Zhang Zhidong (leading advocator of westernization movement in Qing Dynasty), Feng Guozhang ( former acting President of the Republic of China), Ma Benzhai ( a national hero), Xun Huisheng ( a Peking Opera maestro), etc. There are 7 national key cultural relics protection units in Cangzhou such as Cangzhou Iron Lion, Han Dynasty Tomb Group in Xianxian County, etc. Cangzhou Iron Lion was cast in the Later Zhou Dynasty of the Five Dynasties. It weighs 40 tons and is the existing oldest and largest cast iron artwork in the world. Thus, Cangzhou gets the name of Lion City.

Nowadays, Cangzhou has developed into a key modern port city in North China, the new industrial city in Circum-Bohai Sea Area and an important node city in urban agglomerations of Beijing, Tianjin and Hebei Province. With the implementation of such national strategies as the collaborative development of Beijing, Tianjin and Hebei, the outline for the Cooperative Development of the Bohai Rim and Xiong’an New Area planning and construction as well as “One Belt and One Road” Initiative, Cangzhou’s strategic position has been increasingly promoted. With the increasingly accelerated development, Cangzhou has been ranked in the first tier throughout the whole province by virtue of its comprehensive economic strength. 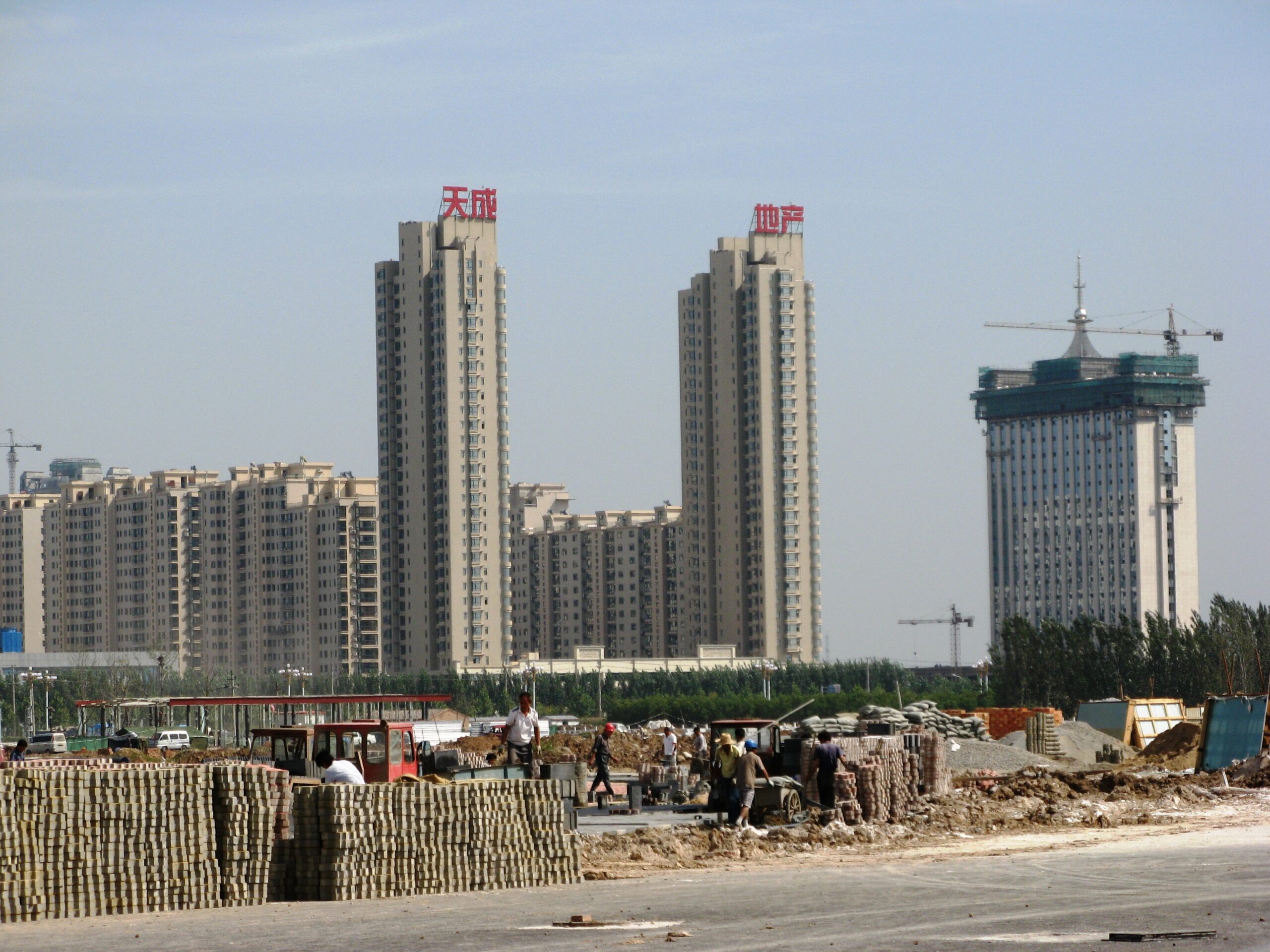 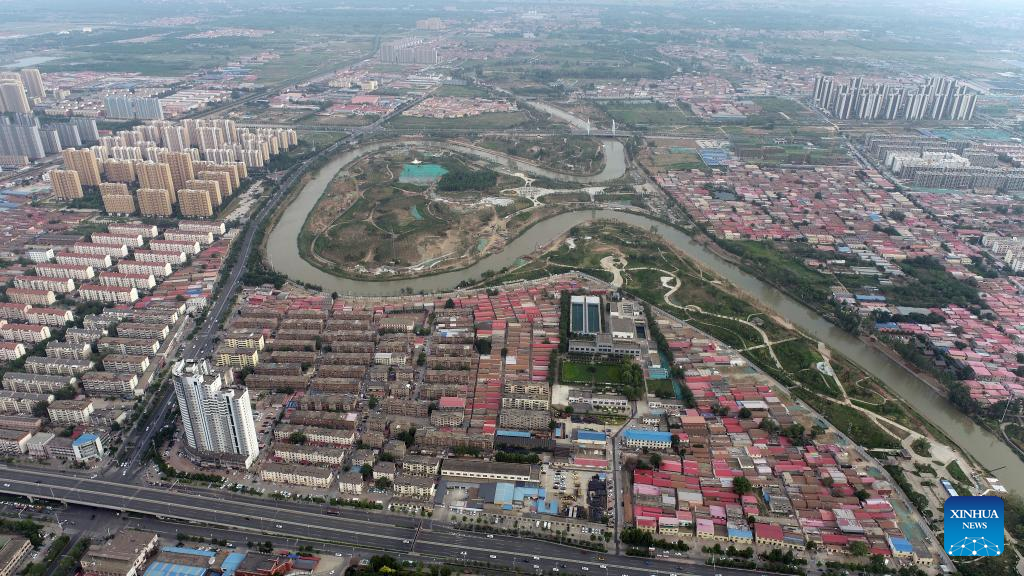 Cangzhou is one of the important cities in the Beijing-Tianjin-Hebei one-hour traffic circle. There are 7 expressways and 8 main railways crisscrossing Cangzhou, such as Beijing-Shanghai High-speed Railway, Beijing-Kowloon Railway, Beijing-Shanghai Railway, Shuozhou-Huanghua Railway, Handan-Huanghua Port Railway, etc. It takes 51 minutes to Beijing, 22 minutes to Tianjin, 45 minutes to Ji’nan by Beijing-Shanghai high-speed railway. Moreover, Cangzhou is within one-hour drive from Beijing Daxing International Airport. Cangzhou has become one of the cities with most developed integrated transportation network in North China.

There are North China Oilfield and Dagang Oilfield in Cangzhou, with proven geological reserves of 1.5 billion tons of petroleum and 65 billion cubic meters of natural gas. The salt field covers an area of 271 square kilometers, with an annual output of 1.5 million tons of crude salt. Changlu Saltern is one of the four major salt production bases in China. Cangzhou is also rich in land resources. At present, there are about 147,000 hectares of unutilized land and 37,000 hectares of land for construction in eastern coastal region of Cangzhou. Therefore, it is an exceptional ideal place for undertaking the domestic and international industrial transfer. 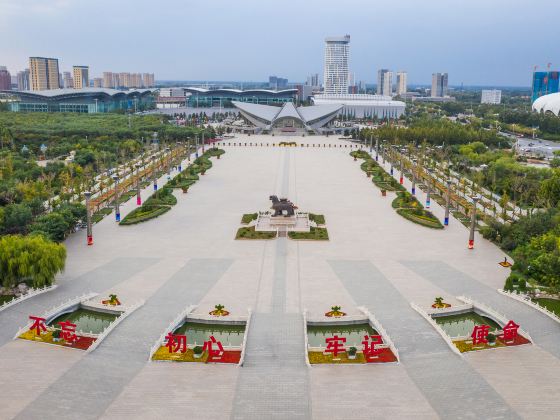 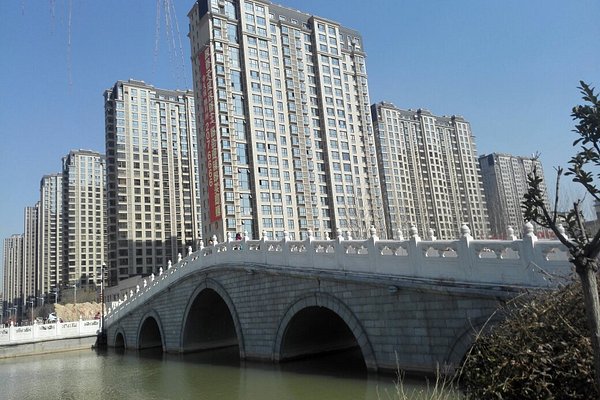 In 2001, the national trans-century key project – Huanghua Port was put into trial operation. And the First Phase of Huanghua Comprehensive Port was open to navigation in 2010. At present, the 200,000 DWT channel and the 200,000 DWT ore terminal have been completed and put into operation. A group of freight trains and sea routes have been successfully launched, such as Huanghua-Xinjiang-Europe freight train, international direct shipping lines to Southeast Asia, direct sea route from the ore terminal to India, container freight train cooperating with COSCO Shipping (Tianjin) Co., LTD, and direct container route to Shanghai Port, etc. In 2021, Huanghua Port completed a throughput of 310 million tons, surpassing the 300 million tons mark for the second consecutive year, of which the container throughput amounted to 867,000 TEUs, a year-on-year increase of 19.34%, making it a convenient sea gate for Xiong’an New Area, central and southern Hebei and the deep hinterland. China-CEEC SME Cooperation Zone in Cangzhou is the only SME cooperation zone in China for cooperation with Central and Eastern European countries. The aggregation of coastal-port industries is boosting. A sizable number of the China’s Top 500 enterprises as well as Fortune Global 500 companies have invested and set up enterprises in Cangzhou, such as Cargill, BAIC, CNOOC, CREC, and CFHI, etc. 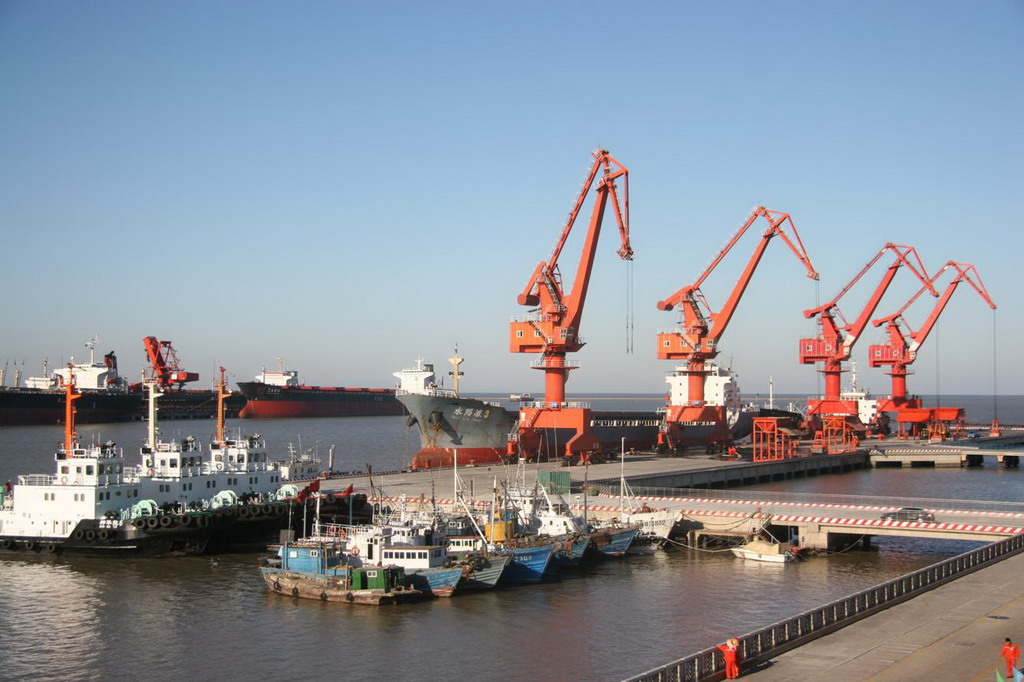 The industry of Cangzhou covers 36 of the 41 national major industry categories, and there are more than 2,000 industrial enterprises above designated size in Cangzhou, ranking in the forefront of Hebei Province. There are 18 development zones at provincial level and above, including one national development zone. A number of national production bases of featured industries have been set up, such as Hometown of Casting, Fur Capital of China, Pipeline Equipment Production Base in China, Capital of Elbow and Pipe Fittings in China，Packaging Machinery Production Base in China, etc. Cangzhou has cultivated 36 China Well-known Trademarks, such as Xiaoyangren, Guoxin and Miaolian, etc. Cangzhou has focused vigorously on cultivating, supplementing, extending, and strengthening key industrial chains, and enhanced the strength and scale of such four traditional advantageous industries as automobile manufacturing, green chemical industry, pipeline equipment, and clothing and apparel. Cangzhou will develop and expand such five strategic emerging industries as clean energy, biomedicine, advanced remanufacturing, intelligent equipment and laser industry, and accelerate the development of such modern service industries as modern logistics, cultural tourism and information application, and speed up the construction of multiple pillars that support the city’s high-quality leapfrog development. Major projects such as Beijing Hyundai Cangzhou Factory and 10 million-ton oil refinery of PetroChina North China Petrochemical Company have been completed and put into operation. 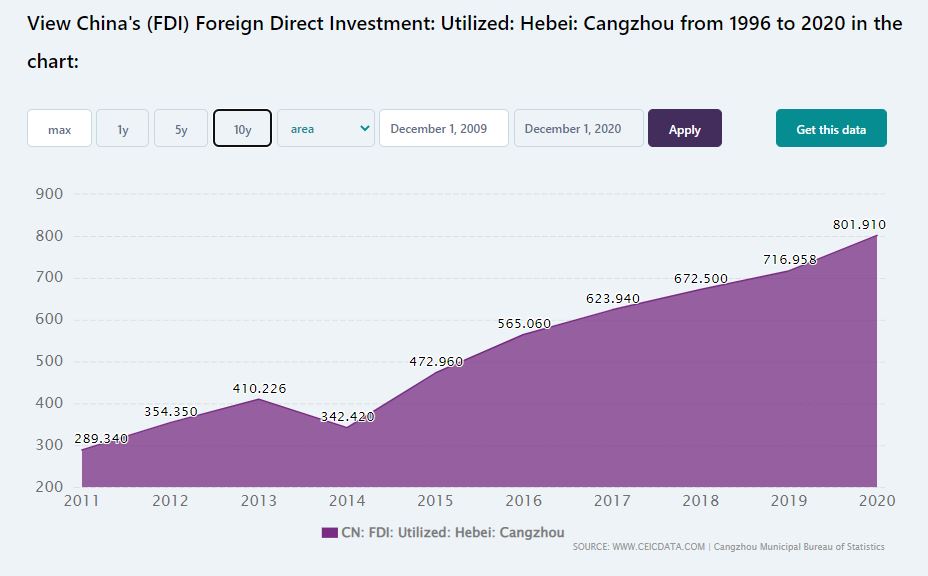 Cangzhou has the coastal line of 130kms and the large scale marine fishery and mariculture. With more than 1000 types of marine life, Cangzhou is abundant in sea food such as fish, shrimp. crab and shellfish etc. Along the coast, there are 440,000 Mu seashore and 450,000 Mu salt field area with the annual production of 2 million tons. Changlu Huanghua Salt Field is one of four largest sea salt production bases in China and sea salt is an important raw material for chlor-alkali chemical industry. Within the territory of Cangzhou, there are two oil fields, North China Oilfield and Dagang Oilfield. The proved geological reserves are 1.5 billion tons and the reserves of natural gas are 28.2 billion cubic meters, which shall provide the resources guarantee for the development of oil and chemical industry. Cangzhou is abundant in land resources and as far as the eastern coastal area as concerned, there are 2.2 million Mu unused land and 550,000 Mu construction land; therefore, it is an exceptional “gold land” to undertake the domestic and international industrial transfer.

There are 10 colleges and universities with about 60,000 undergraduates, and 34 secondary vocational schools with more than 30,000 students in Cangzhou. The rich and valuable talent reserve could satisfy the talent demands of such industries as auto manufacturing, food processing, textile and clothing, biological medicine, and electronic information, etc.

BEST PLACES TO SEE IN CANGZHOU