Higher expectations for China-Greece ties, By Zhang Qiyue, the Chinese Ambassador to Greece 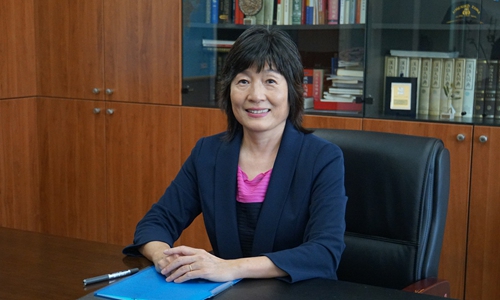 More than two thousand years ago, ancient Greeks thought of the far-off land in the east with beautiful imagination, dubbing China “the land of silk,” and it wasn’t long before the two ancient civilizations conducted trading and learned from each other via the ancient Silk Road.
Fast forward to the 21st century, and the Belt and Road Initiative (BRI), rooted in the spirit of the ancient Silk Road, has added new meaning to the relationship between China and Greece, and opened up new opportunities for the development of bilateral relations.
The Belt and Road bears witness to the fact that China and Greece have stood together through thick and thin.
In the early days of the founding of the People’s Republic of China, Greek shipowners were the first to break the blockade and deliver much-needed supplies and equipment to China. When Greece suffered a debt crisis, China bucked the trend and invested to help tide Greece over. In February 2011, when the Libyan war was raging, the Greek government and people made every effort to assist China in evacuating Chinese citizens.
Faced with the sudden outbreak of COVID-19 this year, China and Greece have stood by each other in times of difficulty, provided moral and material support to one another, and shared prevention and control experience and treatment protocols.
At the peak of China’s epidemic prevention efforts, Greek leaders, government officials and people spontaneously expressed support for China, and Greek businesses and social organizations mobilized medical supplies to provide emergency assistance.
When the situation in Greece was tense, the Chinese government and businesses organized in large quantity the most urgently needed medical supplies and delivered them to Greece promptly, helping to meet the pressing needs of the Greek side. Chinese enterprises and overseas Chinese in Greece have also donated supplies and rendered valuable support to the Greek society.
China and Greece have joined hands to fight COVID-19, setting an example for countries around the world to unite to fight the virus. It is also an important embodiment of the “Silk Road Spirit.”
People-to-people ties
The BRI has deepened exchanges, mutual learning and people-to-people ties between China and Greece. Both countries, rooted in the profound soil of ancient civilizations, have made important contributions to the development of the world.
Our two countries, using history as a mirror and facing toward the future, strive to promote dialogue among civilizations, through the Conference on Dialogue of Asian Civilizations, Ancient Civilizations Forum and other important platforms, propelling global exchanges and working together to meet global challenges as well as advance the building of a community with a shared future for mankind in a bid to further deepen the meaning of the spirit of cooperation.
In recent years, the 2017 Year of China-Greece Cultural Exchanges and Cultural Industry Cooperation, the Ancient Civilizations Forum, the Marathon Forum and the Forum on China-Greece Higher Education Cooperation have all taken our cultural exchange and cooperation to a new level, and brought our two peoples closer together.
Even the ravages of the epidemic have not weakened our enthusiasm for cooperation. In October, China and Greece jointly set up an online Chinese language class at the University of the Aegean in Greece, which is the first of its kind, opening a new window for the Greek people to learn about China and Chinese culture.
We believe that the upcoming China-Greece Year of Culture and Tourism in 2021 will further promote bilateral cooperation in areas such as cultural heritage, archaeology, art, education and tourism, and create more opportunities for people-to-people and cultural exchanges between China and Greece.
Growth under BRI
The Belt and Road allows both China and Greece to reap mutual benefits. Located at the intersection of the Silk Road Economic Belt and the Maritime Silk Road, Greece is a natural partner for the Belt and Road’s international cooperation projects.
Greece was the first developed country in Europe to sign the Belt and Road memorandum of understanding on intergovernmental cooperation with China. Last April, Greece became a full member of China-CEEC cooperation, opening a new platform for the two countries to deepen and broaden cooperation under BRI framework.
Thanks to joint efforts, the Belt and Road cooperation between the two sides, represented by the Piraeus port project, has yielded fruitful results. Piraeus port has risen to be the largest port in the Mediterranean Sea and the fourth largest port in Europe.
In the face of the huge economic, social and public health challenges caused by COVID-19, the two sides have turned the traditional friendship between China and Greece, which has been consolidated and sublimated in the joint fight against the epidemic, into a strong willingness to cooperate.
The two countries are further strengthening epidemic prevention and control, medical and health partnerships, enhancing pragmatic cooperation in key areas such as transportation, energy, information and communication, manufacturing, R&D, agriculture and finance, and actively developing new areas including the digital economy and the green economy, in a bid to make the Belt and Road a model of cooperation, health, recovery and growth.
Promising prospects ahead
The fifth plenary session of the 19th CPC Central Committee will promote high-quality development of the BRI as an important part of China’s opening up to the outside world, and extend new prospects for win-win cooperation. China and Greece will enjoy more momentum and brighter prospects for the initiative.
In 2021, China will mark the 100th anniversary of the founding of the Communist Party of China, and Greece will mark the 200th anniversary of the 1821 Greek Revolution. On the road to national development and national rejuvenation, China and Greece will continue to work hand-in-hand, carry forward the Silk Road spirit, advance the Belt and Road cooperation, and jointly write a new chapter of the China-Greece Comprehensive Strategic Partnership in the new era.

STRONG TIES BETWEEN THE PEOPLE OF CHINA AND GREECE

Higher expectations for China-Greece ties, By Zhang Qiyue, the Chinese Ambassador to Greece

STRONG TIES BETWEEN THE PEOPLE OF CHINA AND GREECE